Update #1: I recently run in a situation with my Wacom that everything failed. So I uninstalled everything first.

I use a Wacom table instead of a mouse. Most designers do. That driver has a mind of its own. It crashes a lot.It’s happens when I startup Illustrator or switch workplace or when it wakes up from sleep mode or connect to an external monitor.Or just randomly.And I don’t want to restart my computer every-time it happens.So I googled the problem before I dive into the problem myself.The post describes the same problem, but the solution doesn’t work for me.So this is my solution.First the specs:

Make sure you have the correct driver installed… duh! In a working situation (driver is working) you can see it with “Activity monitor”, search for “PenTabletDriver” 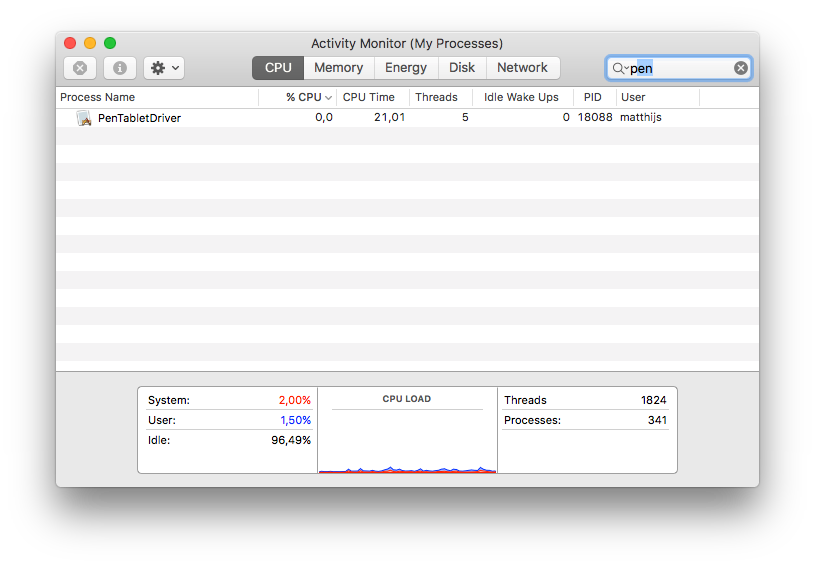 So when your Wacom is not working you won’t see it (obviously).

Now how to restart it!

Now open the Finder > Go > Go to folderAnd copy past this folder:/Library/Application Support/Tablet/It will open een folder with “PenTabletDriver.app” in it.Double click it and you Wacom will work again.

END_OF_DOCUMENT_TOKEN_TO_BE_REPLACED

update 1: the update I did changed something, and nobody was able to see beyond the first page… fixed it! Happy reading! 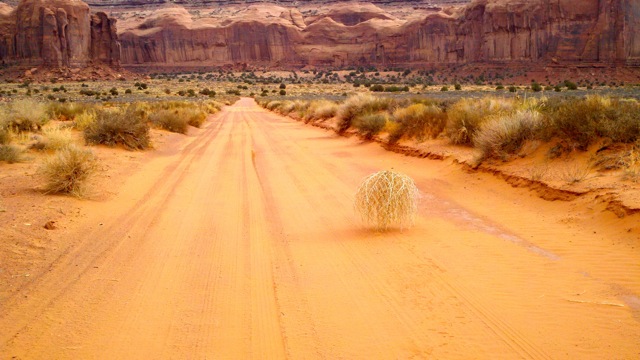 Yes time for some changes, I want to use the blog more.
But the previous theme (it was my own design) lately blocks my creativity.
I couldn’t look at it anymore, and didn’t want to create a new theme.

So I looked for a minimal design WordPress design…
And found some great tips/themes via wp tavern.

Lets see if this clears something up….

I’m playing around with Haxe for a while now. My recent experiments are with Neko and PHP.

It’s a little flatfile CMS/website that lets you write Markdown (I’m using mdown from Jason O’Neil) for posts.
For styling (css) I’m using Twitter Bootstrap and for the animations the jQuery wrapper (jQueryExternForHaxe) from Andi Li.
This all is not important for the post, I was just showing off… 😛 …. or showing what you can controle in one project using Haxe (jQuery, php, neko, js and now CSS)!

Using Twitter bootstrap for styling is very quick and nice. But when you want to modify that you will need to write css.
Not a problem, but what if you want to do it the awesome way?

From the creator of Haxe (Nicolas Cannasse) comes HSS!

HSS is tool that extends the CSS syntax with powerful features such as variables and nested blocks. HSS is a CSS compiler which supports valid CSS syntax, so for every error that occurs during the parsing of the HSS file, it will display and error indicating at which file and which line the error occurred.

Sounds great and it’s written by someone who knows what he is doing, so lets give that a try.
And there comes trouble…

Five steps to get started with HSS on OSX

#1
Download the file: HSS OSX version
The normal way of downloading (just click on the link) for some reason didn’t work for me. I had to download it with right-mouseclick and “Save link as…” (Google Chrome).

There is probably a terminal version to extract (here) but I stopped trying when I had the file.

#3
Where to leave the HSS executable?
I had a little help with that: (Source) for Linux AND OSX you can place it in the “usr/bin/” directory.
That is a hidden folder normally so you need to change that (but I hope you already did that) (read this post about it)
BTW “Users” is not the same as “usr”
When you drop the HSS executable in the bin folder you will be asked for you password

#4
I’m not 100% sure, but when I think about it while I write this I don’t think that you have to do this.
But just in case I’m wrong….
You need to give the file permission to execute (this is still true if you don’t copy the file in the usr/bin folder).
Open the terminal and type “chmod +x ” (without the quotes and don’t forget the space after x) and drag the HSS file in the terminal.
Press enter and you are done.

Now we can start with the cool stuff. Lets create an hss file:
(the examples are from Nicolas Cannasse himself)

It’s probably useful to mention that ANY CSS file is an HSS file as long it’s validates.
That means that you can take a .css file and rename it to .hss!

(save the file as “style.hss” without quotes in the hss folder; see the folder structure below)

Now update your .hxml file!
Remember I use MonoDevelop 3.0 for OSX

Open your Foobar.hxml file and it should look something like this:

The quotes are important when on OSX (possibly also for Linux)

Now every time you compile the source for Neko/PHP the css will be compiled in the correct folder!

Okay, okay, I know I promote MonoDevelop for Haxe coding.
But… for hss/css I don’t think you should use it…
I haven’t tried it yet, but the Haxe plugin for Textmate looks good for it.

Previous post I wrote some vector files but not the kind you are used from me.
Usually I use .PDF but in the case I use .SVG files, and you want to know what that is about…

What is a .SVG file?

Wikipedia on this subject: http://en.wikipedia.org/wiki/Svg

Scalable Vector Graphics (SVG) is a family of specifications of an XML-based file format for describing two-dimensional vector graphics, both static and dynamic (i.e. interactive or animated).

The official info can be found here: http://www.w3.org/Graphics/SVG/

What is useful about this file?

Why doesn’t use everybody this in the papertoy scene?

There is no uniform way to show it in a blog post; every browser works different. I haven’t worked with it a lot and there seem to be some problem with fonts embedding (can also be my inexperience). And people are used to .PDF and viewing files in Adobe Reader (or another .PDF viewer). Another “problem” is that WordPress (this blog runs on it) doesn’t recognize a .SVG file as an image (it labels it as a dangerous file!!)

Download the template as .SVG (use “Save Link As…”)

Download the template as .SVG (use “Save Link As…”)

If you don’t see any images, you probably using old browser.
I have tested this in Firefox 3.6 (OSX and XP), Google Chrome (XP) and Internet Explorer (XP)

How to create or change a .SVG file?

There is a Firefox addon: svg-edit. This can be used for creating files but you can’t open them yet (net version will) so you have to open a .SVG file in a text editor (like notepad++) and copy paste it.
There is an awesome project online called Aviary that also has a vector edit web application: Aviary Raven. You first need op press “create” and then it’s possible to import a file (file > import files). You can also use Inkscape (freeware) or Adobe Illustrator ($$$).

Use “save as” on a link or “save this page” if you have clicked on the link.
Make sure that the file you want to save, end with the extension .SVG (Firefox save this file as a .XML file for example)

You can print from Firefox: open the link and print.
Are you used to .PDF files? Save the .SVG files (link) to your hard drive and visite www.fileformat.info and convert .SVG to a .PDF (remember to save the file as .PDF : in my case it change the extension to .HTM)

Should everybody start using SVG files?

Yes and no: yes because they are very small and most of the modern browsers can show the image…. but sadly not in a page/post which makes as difficult to use as .PDF.
And .PDF is what people know… It will probably get bigger if Firefox will treat .SVG files as an image file like Google Chrome and Safari does.

World War was created by Vincent Chai for his final degree project whilst studying 3D Animation at the University Of Hertfordshire.

This is a first…
I know it happens to other artist, but I would never thought it would be happening to me.

I want this the first thing you read: you don’t have to pay money for Drukk or Grumm!!! They are FREE papertoys for you to enjoy. A lot of papertoys on this Chinese website are free, so they must have stolen it!!!

And so there is NO misunderstanding:

But this is even worst: Drukk and all the customs made by other designers are sold there: visit the search page

And I’m not the only one: Speakerdog, NiceBunny, Horrorwood, SIZZA to name a few.
They don’t even take the time to build the models, they just use the images that the papertoy designers use on their websites….

Sometimes I open ActionScript files in another editor then FlashDevelop. And in my case this is Notepad++.
Notepad++ has ActionScript syntax highlighting but it seems that it doesn’t detect it.
When I open an AS file it uses the Haskell syntax highlighting, and that is very annoying especially when you open a couple of files and you need to set them one by one to ActionScript.

Google (who else) provided the answer: here.

This is what you do:
find and open the langs.xml file
you can find it in the install folder of Notepad++, in my case
C:\Program Files\Notepad++

and remove “as” from the ext and save the file.

Because all the cool kids are doing it: you can find me also on twitter.

I’m still not sure what I’m going to do with another profile, but I’m just giving it a try.

My Flash rendered headers didn’t work after my host transferred my site to another server.
Well in retrospect it’s easy to blame it on the host (sorry guys), but the fault was/is simpler.

I had this problem before : firefox and sifr dont play nice, and just as last time I blamed the wrong person again: not my host but the new Flash Player version 10 killed my sIFR headers…

That would explain why I see my headers at home but not at my work (I didn’t upgrade to Flash Player 10 at home).

The solution is very simple: visit http://novemberborn.net/sifr/2.0.7 and download the latest version of sifr (2.0.7).

Find your sIFR javascript file and check if it’s 2.0.5 or higher:

And that’s it.
So do you recognize this situation: update the Flash Player recently/ your sIFR headers work on one computer but not on another/ sIFR works in IE and not in Firefox (or the other way around)/ Flash headers are now html headers …. update your sIFR!

For the people that don’t know sIFR:

sIFR is meant to replace short passages of plain browser text with text rendered in your typeface of choice, regardless of whether or not your users have that font installed on their systems. It accomplishes this by using a combination of JavaScript, CSS, and Flash, which renders the font. It degrades gracefully if Flash is not present. sIFR 3 is open source and licensed under the CC-GNU LGPL.

And I use the WordPress plugin CG-FlashyTitles.